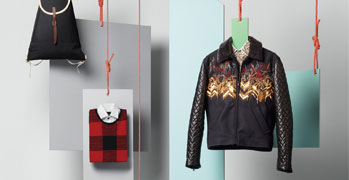 The company launched its menswear line in 2004 to critical acclaim and have shown in Milan for the past eight years.

The schedule will include st menswear stars, British heritage and iconic brands, international

Alexander McQueen join Tom Ford who announced their plans to show on the LC: M schedule in August. The first provisional schedule is due to be published in October.

London Collections: Men launched in June 2012 as the inaugural showcase of menswear in Britain, encompassing a diverse mix of designers, spanning emerging through to the established.

The next London Collections: Men will run from 7th- 9th January 2013.