You are here: Home / Events / Savage Beauty Comes To London 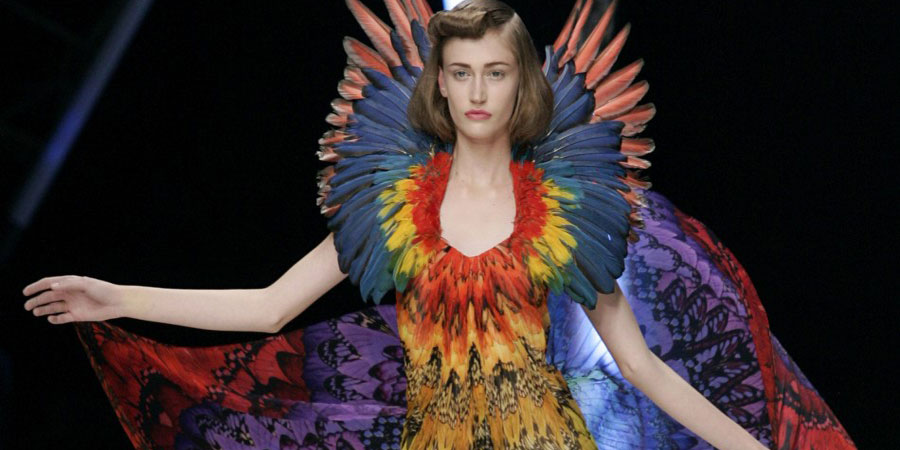 “London’s where I was brought up. It’s where my heart is and where I get my inspiration.”- Alexander McQueen, January 2000

The V&A is delighted to announce that it will present Alexander McQueen: Savage Beauty in London in spring 2015. The first and largest retrospective of the late designer’s work to be presented in Europe, the exhibition will showcase McQueen’s visionary body of work. Spanning his 1992 MA graduate collection to his unfinished A/W 2010 collection, McQueen’s designs will be presented with the dramatic staging and sense of spectacle synonymous with his runway shows.

The original version of Savage Beauty at the Metropolitan Museum of Art, New York in 2011 was organised by the Costume Institute and became one of the Museum’s top 10 most visited exhibitions. Tickets to the V&A’s exhibition go on sale at 10:00 on 25 April 2014.

Martin Roth, V&A Director, said: “I am thrilled to announce that the V&A will bring this wonderful exhibition to London to celebrate the extraordinary creative talent of one of the most innovative designers of recent times. Lee Alexander McQueen was brought up in London, studied here and based his globally successful McQueen fashion brand here – by staging the exhibition at the V&A it feels like we are bringing his work home.”

Sarah Burton, Creative Director Alexander McQueen, said: “Savage Beauty is a celebration of the most imaginative and talented designer of our time. Lee was a genius and a true visionary who pushed boundaries, challenged and inspired. He believed in creativity and innovation and his talent was limitless.”

The V&A’s presentation of the exhibition is being made possible with the cooperation of Alexander McQueen and will be in partnership with Swarovski, and supported by American Express.

Nadja Swarovski, Member of the Swarovski Executive Board, said: “We are honoured to support this landmark exhibition celebrating the creative genius of Alexander McQueen at one of our most distinguished cultural institutions. We were privileged to collaborate creatively with McQueen since 1998 in both fashion and design, and Savage Beauty is an eloquent tribute to the scale of his talent and to his limitless imagination, which conjured looks that were sometimes wild and challenging, but always exquisitely crafted, and always beautiful.”

Lisa Gregg, Vice President of Consumer Products & Experiences, American Express, said: “We are delighted to be a part of this unique retrospective. Our support of Alexander McQueen spans many years over which time we had the privilege of supporting his meteoric rise from cutting edge British designer to global household name. As one of the sponsors of the 2011 New York debut of Savage Beauty, we are particularly excited about the homecoming of this truly special and inspirational exhibition.”